Vietnam’s tropical monsoon climate plays a significant role in determining the best time to visit the country.  From May to September, the south and south-western monsoons lash the region, bringing rain to the west-facing slopes and the two deltas, while the northern monsoon picks up moisture over the Tonkin Gulf and carries it along the eastern side of the central highlands, between October and April. Given the variations that could take place due to differences in latitude and altitude, one can only feel puzzled as to which season is best to travel to Vietnam. This guide will provide an in-depth overview of the weather in the country, as well as provide information about the high-tourist and off-seasons, so you can make an informed decision, whether you are coming here to spend some quality time with the family or your partner or have fun and party with your friends.

The Climate Per Region

The dry season here lasts from December through late April or early May. Then, it starts to rain, which is dosed as brief downpours in the afternoon hours; and rain continues to be a familiar pattern until November, sometimes cutting off remote villages and making transport more complicated. However, this is hardly off-putting as the temperatures seldom drop below 20oC, so it is quite pleasurable being around and exploring the southern areas at this time of the year. For maximum sunshine and warm weather, coming between March and May will give you up to 40oC to enjoy the sun, the seas, and the sugary sandy shores. As for the central highlands, they also follow the same climate conditions, but do expect cooler temperatures, especially after sunset and deep into the night.

The northeast monsoon reverses the rainfall patterns along the central coast. In the far northern part of the central coast (around Had Nang and Hue), the rains last from September to February but if you move more towards the heart of the coast you skip a good 2-month rainfall (around Nha Trang) as the wet season usually starts in November and lasts about 2 months until December. So spring is probably the best season to visit these areas. Now, the northern stretches of the central coast have relatively shorter rainy seasons while their summers are dry and hot. Again, the temperatures are close to 30oC (or even higher) from June to August, which makes a trip to the surrounding hills and mountains a pleasant escape.

If you visit the northern part of the country, expect sunny and warm weather from October to December. Afterward, the landscape changes, bringing cold and persistent mist that can linger on for several days. From March and onwards the temperatures start rising again, peaking between May and August, when they can climb to 40oC. For less heat and more comfortable days and nights, Hanoi is an excellent option as the temps there range in the 30oC neighbourhood. For even cooler experiences, the northern mountains comprise a superb getaway (during the winter, it may snow a bit here too, which is pleasant enough for a winter vacation). Note, though, that the summer in the northern parts of the country also comes with heavy downpours that often cause the delta area to flood.

So, if one had to make a decision based solely on the weather conditions in Vietnam, they would probably choose to visit the country either during spring or autumn, when the seasons are more favourable. However, the complicated weather picture does not leave much room for sound recommendations. At the end of the day, it is what you want to experience coming here.

One of the reasons travellers, families, couples, students, and groups of friends alike, choose Vietnam for their holidays is the beautiful beaches with the sandy shores and crystal clear waters. The great thing about Vietnam is that there are beaches for every season, from Southern to Central Vietnam down to the east coast. When exactly you visit the country (if coming here to enjoy the shores, of course) basically depends on which beach(es) you want to visit.

The beaches of the south do boast warm temps year-round (about 30oC) but if you had to pick a season, better steer clear from September-January (monsoon season) visits because occasional typhoons hit the southern regions.

Phu Quoc, on the other hand, experiences wet season from June to September so any time before or after that is ideal for a relaxing time by the beach. Most of the tourists prefer to fly to Pearl Island around February, though, when they admit enjoying the shores much more than any other season due to the great weather. The same applies to Mui Ne in regards to the wet season, although its microclimate includes less rain. Autumn and winter is an excellent time to savour kitesurfing and other water sports.  Finally, Con Dao is humid and hot almost throughout the year, with a wet season that stretches from the month of May to late autumn (November).

Lastly, the central coastline around Hoi An and Danang is a much welcoming place with year-round warm weather and temps peaking at 38oC between July and August. If you like it hot, go towards the end of the dry season. For milder temps, better visit around January. Rainfall increases after August and until November while there are high chances an occasional typhoon hits the area during this season.

Tourism-wise, the high-season is between October and April, roughly speaking, while the summertime is mostly a rainy season (from May to September). Nevertheless, there are different low and high seasons for different travellers, depending on their country of origin. For example, the majority of western visitors prefer to fly to the country outside the low season months, which, by the way, is high-season for short-haul and domestic Asian and Vietnamese visitors.

But, if you are after the most cost-effective accommodation rates and a chance away from rubbing shoulders with flocks of tourists, the low season will serve you well, provided you are okay with the sticky hot weather and rainfall. At this time of the year, travel agencies and hotels offer, probably, their lowest rates and also launch special promotional campaign perks that you could benefit from. Besides, most places are not that busy during low-season, which can be a deal maker or breaker, depending on whether you are after a vibrant night scene or more relaxed holidays. Finally, the heat is manageable and the rare (usually short-lived) afternoon rainstorms may even feel romantic. For more “noise” and a party feel (also more crowds), the high season (for Westerners, that is) will please you much if you are ready to pay the heftier price tag.

Important Dates to Bear in Mind

During festivities, holidays, and other important dates in the Vietnamese calendar, things could change significantly around here and create an unexpected high season, which will demand more organising and pre-booking on your side. Some of these holidays to take note of are:

What to Consider About the Festivities

During the celebrations mentioned above, there may be a shortage in international and/or domestic train and plane tickets, as well as limited availability in hotel rooms, especially in luxury resorts, and reduced food supplies at shores. Therefore, if you wish to live the thrill and immense in the local flair of national traditions and celebration, better come prepared (i.e., pre-book your plane tickets and hotel room).

If you are planning to see the whole country, you will need to take into consideration its huge regional diversity (it is over 1,000km in length, after all), which will probably complicate things. But, deciding on the most suitable time to visit Vietnam is much less complicated if you know which cities or villages you want to include in your itinerary. Vietnam is an exceptional year-round tourist destination for those that make the right calls! Here is a small guide to help you be prepared as to what to expect, when, and where.

Sapa’s climate is quite seasonal as is the weather in the mountains of northern Vietnam. The temps do not usually go above 30oC in the summertime (humidity between 75%-90% peaking July-August), but it could be freezing in winter. The best time to come here is May and April to have nice, warm and dry weather of, for cooler climes, October and November.

Humidity and heat distinguish summer in Hanoi (May to September) while the average temperature is around 32oC, which is manageable, especially considering the rejuvenating short downpours of heavy rain, which generally come in the evenings. Nevertheless, this is the time of the year with the most sunshine hours. Winters bring clouds, fog and cold (17oC average) so better come October or November when it is much warmer (around 21oC) with lots of sunshine and little rain.

The visibility here is often reduced due to the mist but definitely adds a mystical ambiance. The skies are blue, and the weather is warm from March to May. It gets even more temperate (and wetter, at the same time) from May to November, with some light afternoon showers that are more than welcome. The winters are rather cold so better not visit from December to February if you are not a fan of wintry weather. Therefore, autumn and spring are definitely the best picks.

The closer we move to the equator, the warmer the temperatures throughout the year. Saigon offers balmy days and a pleasant tropical climate marked by dry and wet season (May-November). However, it is highly unlikely travel will ever be affected by the afternoon downpours here.

Most of the rainfall comes between July and September in Phu Quoc Island and the clearer, sunnier skies are most often viewed between November and March. Consistent warm temperatures and a low humidity level (average at 27.5oC) are what you can expect during the dry season when you can freely enjoy the sub, swim, snorkel or go sightseeing, bird-watching or camping. Just make sure you pre-book your hotel, as the island gets packed with tourists and locals, especially the luxury resorts at Duong Dong, such as La Veranda, during public holidays, national celebrations, and not only.

Traveling to Vietnam is an adventure on its own. Once you have decided how you want to experience it, things will find their way when the time comes to determine when is the best time to travel here. Soon, you will join the millions of travellers who say that any time is a good time to visit Vietnam! 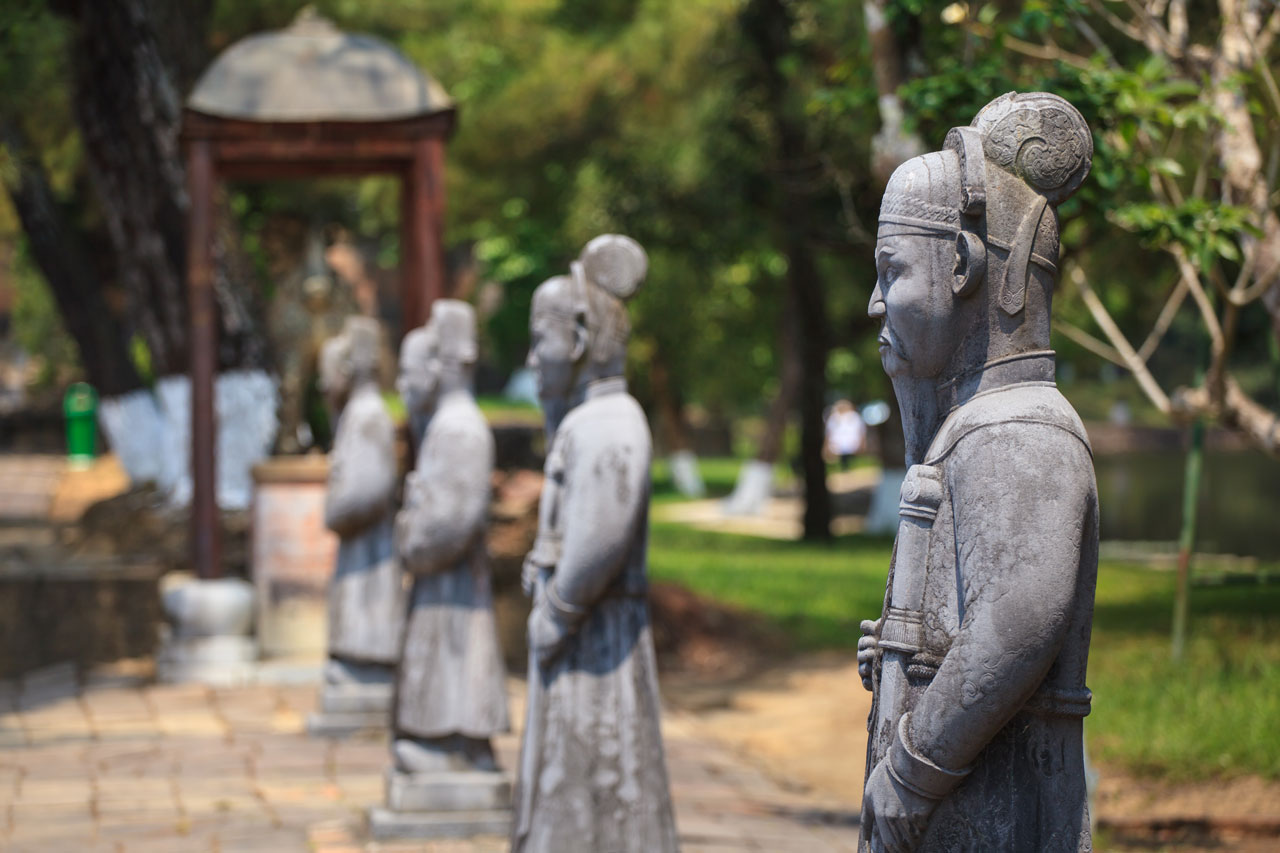