Vietnam is a country with many different weather systems. In general terms, Vietnam has a tropical monsoon climate, with monsoon rains, warm temperatures (on average 24-34⁰C), and high humidity all year round. The weather can be divided into two main seasons: the rainy season (April to September) and the dry season (October to March). There is no ideal time to visit Vietnam as a whole, yet any time of the year might be great for some destinations.

There are two distinct seasons in the north: a cold weather from November to March and a warm to hot wet season from April to October. It might be extremely cold and frosty in December and January, especially in the Far North. The temperature may fall to 2⁰C, which is not comfortable for the elderly and children. There might be also dense mists, which can reduce visibility in such destinations as Sapa and Halong Bay. However, from November to March is still considered better time to visit the North. The average temperature is around 25⁰C. It is dry and suitable for both sightseeing and adventurous trips.

From April to October, it is very hot and humid. Between June and July, the temperature may be over 40⁰C in some cities. The north experiences the highest rainfall in this period, too. It may rain consecutively in a week, and the volume of rainfall may reach 600 mm per month. It is highly recommended that travelers should not have intrepid escapade to the Far North in this season, as the roads are bumpy and slippery. If you want to explore the beauty of Halong Bay, Hanoi, or Ninh Binh, but cannot stand the huge flocks of tourists at peak seasons, coming in summer might be a great choice.

Central Vietnam is a transitionary climate-wise area from the North to the South. Being shielded by the Truong Son mountain range, the rains of the southwest monsoon cannot make it to the coast. Therefore, from April to September, though the coastal areas have some rain, the rainfall is much less than other regions. On the contrary, the weather is extremely hot and dry, and the temperature may reach 45⁰C.

In contrast, from September to December, the middle part, especially Hue, Danang, and Hoi An, receive remarkably high rainfall. Central Vietnam is also affected by typhoons and storms between August and November, resulting in severe flood in some regions.

The further south areas like Nha Trang and Mui Ne are less affected by natural disasters and have much more pleasant weather with lots of sunshine and high humidity. It is the perfect weather to explore the beaches.

This is the region which has the most pleasant weather. Between April and September, the southern part of Vietnam, especially the Mekong Delta, receives lots of rain and has hot and humid weather during the southwest monsoon. June and July are extremely wet. At this time there is a high likelihood of flood in Saigon. The roads may be covered by water. And the southernmost island of Phu Quoc may have poor weather and rough seas.

In contrast, the weather from November to March is excellent, especially in Phu Quoc. The climate is pleasant with the average temperature of 30⁰C, clear blue skies, calm sea water, lower humidity, and higher visibility. 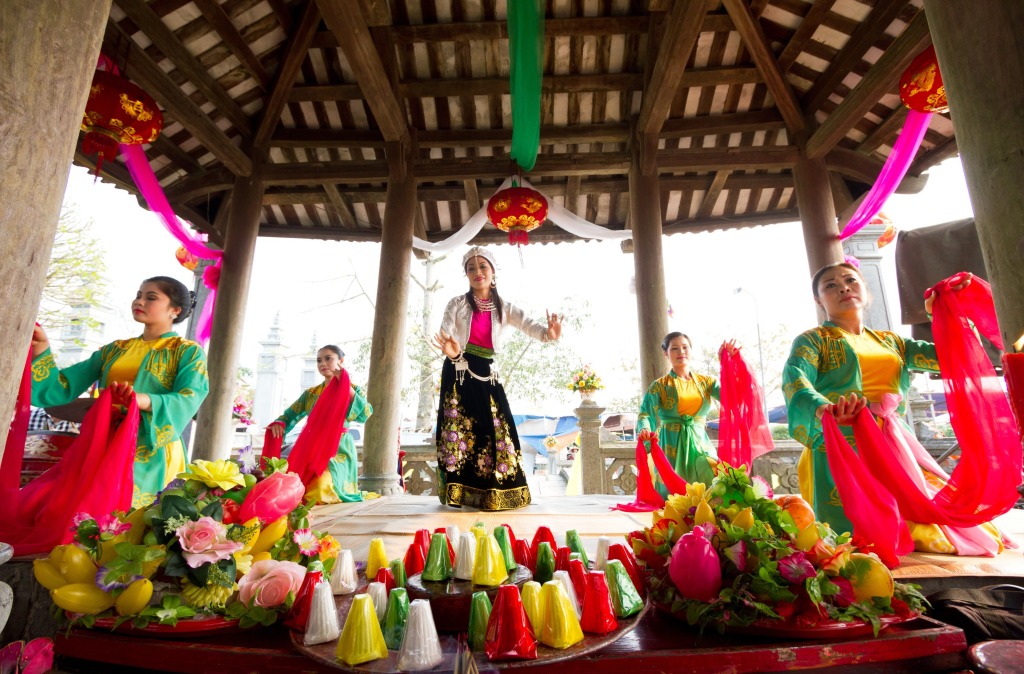 Phu Quoc’s cultural sites revolve around the lives of its people who are mainly farmers and fishermen. One of Phu Quoc’s most famous products is its pepper. An estimated 715 families grow pepper on 300 hectares of land, producing an astounding 800 tons of pepper per year. Many of the farms are located 15 km north of Duong Dong and farmers usually allow visitors to stroll among the plants. There is a farm specifically set up for tourists near the Suoi Da Waterfall. Harvest time is between November and February. Another specialty of Phu Quoc is sim wine, a sweet beverage made from the fruit of the rose myrtle tree. The fruit is ground into a pulp, then sugar is added and the juice is fermented for 40-45 days. There are several sim wine factories around the island, including Simson in Duong To Commune near the Phu Quoc International Airport and Eden Resort, where you can see the sim plants and flowers (and perhaps even the berries which are typically harvested in the spring). Phu Quoc’s “nuoc mam” (fish sauce) is also famous throughout Vietnam. Visitors can tour some of the island’s many fish sauce distilleries, located mainly around Duong Dong or An Thoi,  where giant wooden vats contain the amber liquid of anchovies, salt and water left to ferment for 6-12 months. It’s free to visit the distilleries, but there are no tours per se. Bring along someone who speaks Vietnamese if you’d like to find out more of the distilling process from the workers. Two of the more popular distillers are Hung Thanh and Khai Hoan, both near the market in Duong Dong. Vietnam’s homegrown religion of Cao Dai got its start in Phu Quoc in 1920 when the Supreme Being supposedly revealed himself to Ngo Van Chieu, the then governor of the island. Visit the very colorful Cao Dai temple at 40 Nguyen Trai and see elements taken from Buddhism, Taoism, Christianity, and Confucianism. There are several fishing villages around the island which can be visited for a better understanding of how fishermen and their families live. These villages can easily be explored on motorbike. Come and watch as the small boats return to shore after an evening of fishing, or see families sorting through the day’s catch to prepare for market or to dry on racks. Some of the more scenic fishing villages include Ham Ninh on the island’s east coast and Ganh Dau to the north.
Read more 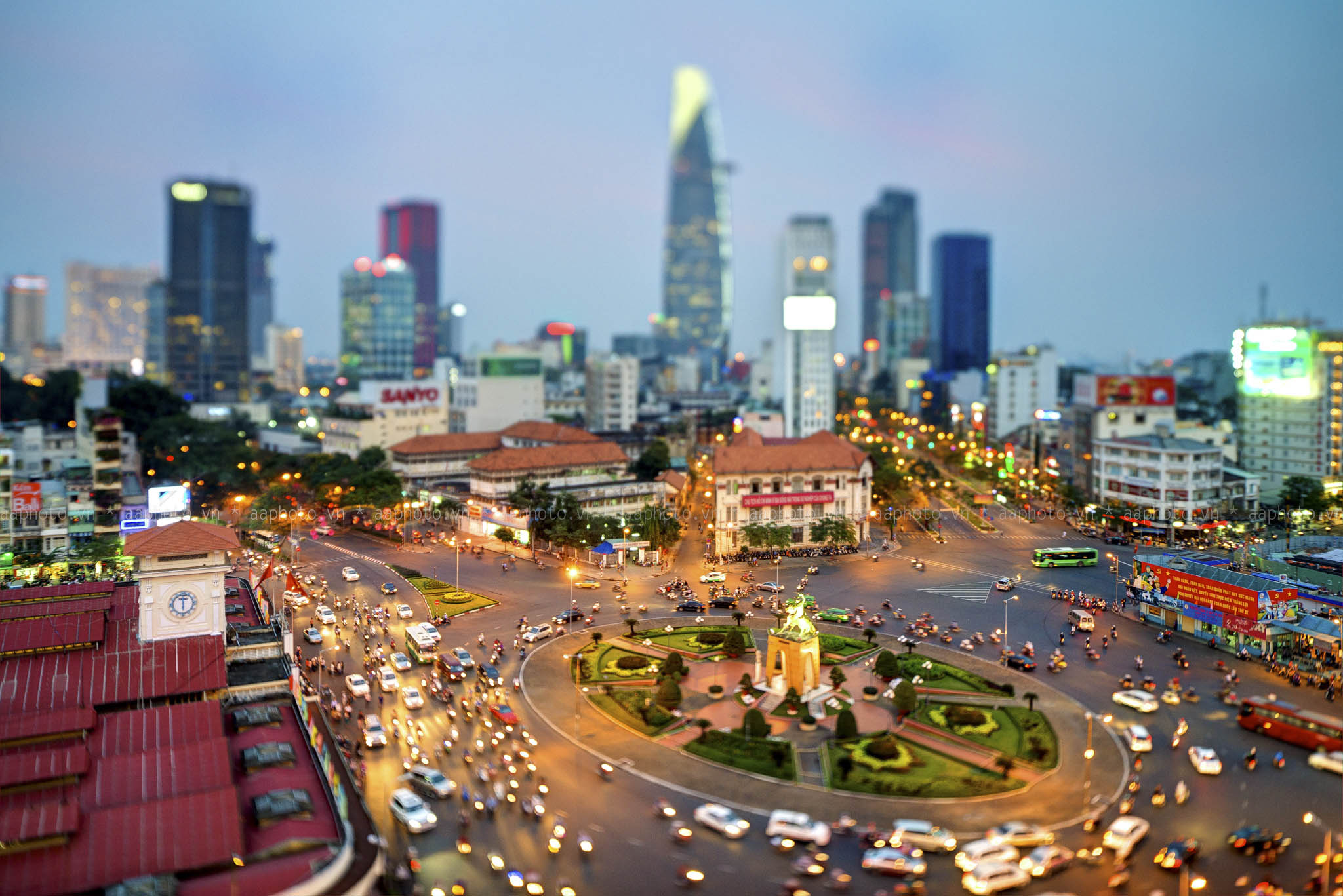